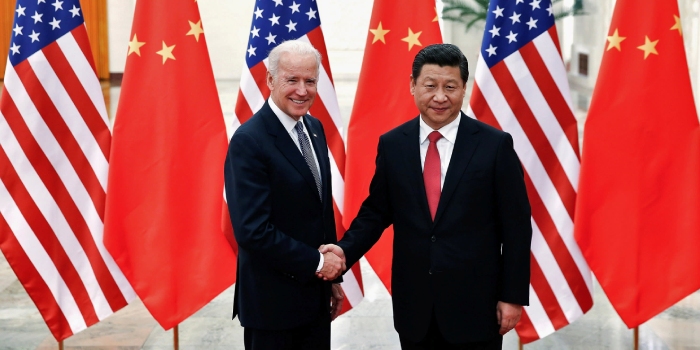 US stocks pushed to session highs and Treasuries retreated as investors speculated tensions with China won’t spin out of control. The yen weakened.

Biden Team Tries to Blunt China Rage as Pelosi Heads for TaiwanThe S&P 500 advanced as Nancy Pelosi’s arrival in Taiwan prompted China to announce missile tests, even as the House Speaker said her visit did not alter longstanding US policy in the region. The tech-heavy Nasdaq 100 also rose. The Cboe Volatility Index slipped less than one point to 22.75.

Risk assets got a boost as Federal Reserve officials signaled the central bank could be on track to slow the pace of rate increases later this year. Investors are still watching for any hawkish comments from officials about the need for higher rates to restrain elevated inflation. Corporate earnings continue to roll in, with higher prices threatening to erode margins.

“Markets have found some equilibrium of late, with better than feared earnings, economic data, and falling inflation expectations,” said Art Hogan, chief market strategist at B. Riley Wealth. “The market spent most of May and June pricing in an earnings Armageddon that has yet to have come to fruition.”

Goldman Sachs Group Inc. strategists led by Cecilia Mariotti said it was too soon for stock markets to fade the risks of a recession on expectations of a pivot in the Fed’s hawkish policy. JPMorgan Chase & Co. strategists, on the other hand, said the outlook for US stocks is improving for the second half of the year on attractive valuations.

Recent data showed that US job openings in June fell to a nine-month low, a sign of moderating demand for labor as economic pressures mount. The job market has been a bright spot in an economy otherwise losing momentum and possibly heading toward a recession.

Pelosi’s trip has created a fresh pressure point for investors already dealing with the prospects of a US recession, worldwide rate hikes and inflation that risks becoming entrenched as Russia’s war in Ukraine exacerbates food shortages.

The prospect of a demand slowdown has sapped oil, leaving it at around $94 a barrel. Bitcoin fell while the dollar rose. The offshore yuan strengthened and non-deliverable forwards on the Taiwanese dollar indicated a weakening of the island’s currency.

This week’s MLIV Pulse survey is asking about your outlook for corporate bonds, mergers and acquisitions, and the health of US corporate balance sheets through the end of the year. It takes one minute to participate in the MLIV Pulse survey, so please click here to get involved anonymously.